Showing posts from February, 2013
Show All

Graph of the week: Japan's Phillips curve looks like Japan 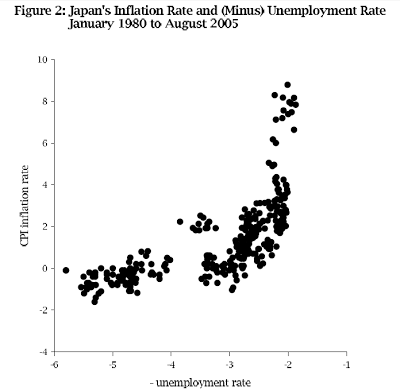 A bit of humor today in the graph of the week section. A friend of mine living in Canada has sent me this short "paper" entitled: "Japan's Phillips Curve Looks Like Japan", by Gregor Smith from Queen's Economic Department.
It turns out that it really does look like Japan:


How funny is that? To be fair he had to reverse the unemployment rate to get the mirror image of the initial result (which was a standard downward sloping Phillips curve - in the shape of Japan of course).

Here's a map of Japan (included in the paper) to verify the comparison:

February 26, 2013
I wrote a new text for the Centre for Policy Studies, commenting Britain's credit rating downgrade. For all my other CPS writings see here.


On Friday night the UK was given, for the first time in history, a downgrade of its credit rating, from AAA to AA1, announced by one of the rating agency oligopolists - Moody's. Here is their explanation: "1. The continuing weakness in the UK's medium-term growth outlook, with a period of sluggish growth which Moody's now expects will extend into the second half of the decade; 2. The challenges that subdued medium-term growth prospects pose to the government's fiscal consolidation programme, which will now extend well into the next parliament; 3. And, as a consequence of the UK's high and rising debt burden, a deterioration in the shock-absorption capacity of the government's balance sheet, which is unlikely to reverse before 2016." Two things should be taken into consideration regarding the rating downgrade. Fi…
4 comments
Read more 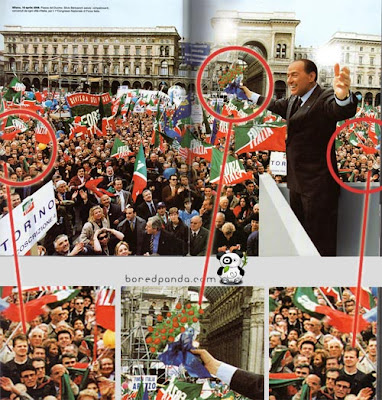 In light of today's Italian parliamentary elections, here is a good recent paper by three Italian economists on the effects of media bias on electoral outcomes, concerning in particular the electoral results of former PM Berlusconi.
Here is from their VoxEU column:
"...all Italian voters know that Berlusconi owns the major commercial TV network since the early eighties. We exploit exogenous variation in viewers' exposure to Berlusconi bias using idiosyncratic deadlines to switch to digital TV from 2008 to 2012. At the deadlines, old analogue signals were switched off and only digital signals kept on airing. ... Most digital channels are aired by new media companies, which have no ties to Berlusconi. After switching to digital TV, many Italian households changed their viewing habits. From June 2008 to June 2011, the share of viewers of Berlusconi-controlled channels dropped from 84% to 71%. ... We explore the causal effect of the shock to bias exposure on voting behaviour …
2 comments
Read more

Graph of the week: Policymakers with degrees 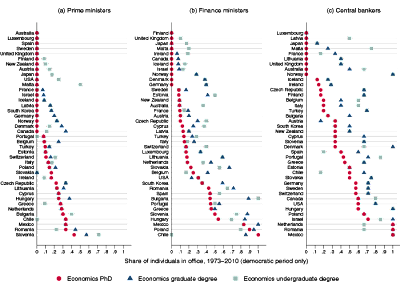 One of my friends pointed out to me a very interesting new paper examining the technical competence of economic policy- and decision-makers. A brief version is available on VoxEU, while the whole paper is here.
They are concerned with the issue of should policymakers be experts in their fields (should we have more technocrats?). An issue particularly interesting in times of crises (they find a 22% higher probability that a central bank president would be a PhD economist appointed during a crisis - this was realized in ECB; Mario Draghi, who holds a PhD in economics from MIT replaced Trichet who has a political science degree).
Here is what caught my attention: (click on to enlarge)
This pattern of degrees shows some very strange findings for certain countries. For example, it would seem that in countries like Chile, Poland or Mexico it's almost mandatory to have a finance minister and a central banker being a highly trained economist. On the other hand it's amazing that dev…
1 comment
Read more 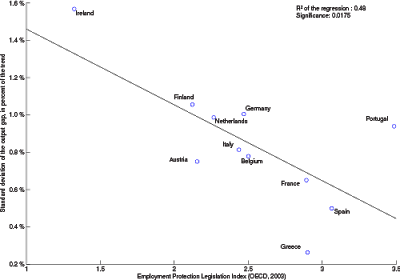 Continuing with the discussions on monetary policy, I ran across an article at VoxEU by Ester Faia, Wolfgang Lechthaler and Christian Merkl on the ineffectiveness of monetary policy in heterogeneous European labour markets (here's the paper - it's a DSGE model). In particular they look at the link between large hiring costs in-between Eurozone economies (which are a proxy for unreformed labour markets) and policy trade-offs for central banks. The argument is that within a monetary union with heterogeneous labour markets (as evident on the graph below), monetary policy can be completely ineffective unless some sort of harmonization of firing costs across countries is achieved. This means that unless European labour markets all don't undergo a reform similar to the German Agenda 2003, it isn't likely that ECB's monetary easing will be very effective in decreasing unemployment.
I'm not entirely sure whether their argument is supposed to be a sort of an explanatio…
11 comments
Read more

February 13, 2013
I’ve been involved in an interesting discussion with a libertarian Croatian economist, Petar Sisko, on the consistency of market monetarism and their ideas on how to kick-start a recovery. He runs a very interesting blog called Money Mischief (it’s in Croatian, but his post where he responds to my earlier text on MMT is in English).
Libertarian Croatian blogs are not such a rarity (there is a very good one by Nenad Bakić – Eclectica, it’s mostly on capital markets, investments and analyses of stock portfolios but some topics revolve around the systematic instabilities in Croatia as well), however whenever I run into one I get positively surprised. Others include Monopolizam, Usporedbe, Austrijanci, Cronomy, etc. (if anyone has other good examples, please let me know).
If you want to follow the debate step by step, I recommend first reading my article on Market Monetarism, then Petar's detailed response, and then the text you have before you. This is how the debate commenced so i…
5 comments
Read more

Graph of the week: Crowdfunding 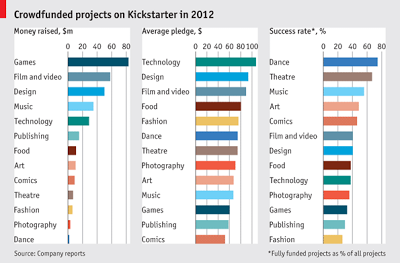 Or How technology improves market efficiency (by linking successful projects to alternative funding sources).
The Economist produced a graph on crowdfunding and what works and what doesn't on the biggest crowdfunding site Kickstarter. For those unaware of this recent technological phenomenon, crowdfunding is a collective funding platform for individuals who use networking to pool money and fund their creative ideas and projects. It is usually done online and is used to support a variety of activities. It is a great way to replace more formal and traditional funding techniques. It is literally funding by crowds of people.

How does it work? People who have innovative, great ideas or projects, but lack the funds to finance them, "upload" them online on a specialized site and that way enter a relatively large market of potential investors. Depending on interest and the idea itself, a variety of individuals fund the project, and naturally bear a certain risk, but also expects…
7 comments
Read more

A tribute to the Nordic model 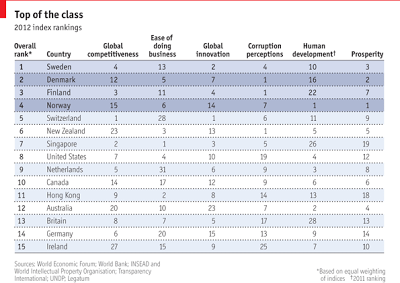 This week's edition of the Economist has a special report on the Nordic economic model.

The image of Nordic countries has too often been one of high spending, big size of government, a huge welfare system, basically a social-democrat paradise. But are their policies all that social, or are they much more pro-market than people are prepared to believe?
Their model has changed from promoting an equal society to promoting both an equal and dynamic society, where competition strives and market forces are abundant (as opposed to some Anglo-Saxon nations which carried this distinction in the past, but not anymore). This is a great message to Europe which doesn't have to look too far to find a model that comprises both a competitive economy and high levels of social mobility.
This is their main lesson:
"The main lesson to learn from the Nordics is not ideological but practical. The state is popular not because it is big but because it works. A Swede pays tax more willingly than…
2 comments
Read more

The problem with stimulus (in local government spending)

February 02, 2013
There is a paper by Ishii and Wada from the Peterson Institute for International Economics, that focuses on Japan's fiscal packages and why they haven't worked in the period from 1992 to 1996 - in times of their immediate response to the aggregate demand shock (which was really a structural shock to their booming economy).
Here is what they say:
"Our main finding is that, from 1992 to 1996, real discretionary fiscal spending was merely 21 trillion yen in public works. This is about two-thirds of the officially announced public works spending during the period. Meanwhile, tax revenues declined by about 33 trillion, which is approximately equivalent the total officially announced tax cuts. A closer look reveals that the local governments, not the central government, failed to spend announced discretionary fiscal spending. In addition, there is evidence that much of the public work was geared toward projects of dubious significance. However, the key to solving the mystery o…
5 comments
Read more
More posts