February 17, 2012
Note: this blog post was first published at and intended for the Adam Smith Institute blog, on Friday, 17/02/2012, entitled "The fallacy of Project Merlin"

Project Merlin – the idea that the UK Treasury can centrally plan the amount of credit needed in the real economy – was a predestined failure. 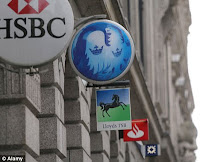 The recent data released by the Bank of England was disappointing for the UK SMEs. The lending target fell short by £1bn, even though total lending did rise to overshoot its target by £25bn. The banks claim they did their job as required, while accusing the sluggish economic recovery and poor demand for credit from small businesses as the reason behind lower SME loans. On the other hand, SMEs blame high credit costs and unfavourable loan terms, calling for more competition between the banks to offer better products and lending models.

The reaction from both sides, the banks and the businesses, was as expected, proving once again the short-sightedness of politicians. Banks don’t want to loan to risky borrowers fearing new potential losses they are unwilling to accept. Businesses realize this and want more competition as the only possible way to lower the costs of credit.

However, with ideas such as credit targets the government is doing the opposite – it is undermining any possibility for more competition. When you set an artificial target applying to only the 5 largest banks, those banks will strive to meet the targets by increasing their dominance and taking a larger share of the market than usual. The result is that 5 biggest banks accounted for 90% of all SME lending last year.

The end result of the target was political pressure on banks to increase lending, no matter how and to whom, meaning that the banks channelled funds not guided by commercial incentives or market signals, but by the bulk of funds needed to be deployed to satisfy the central authority. This resulted in a huge misappropriation of resources where money, instead of flowing to projects where it might generate new value and growth for the economy, is artificially drawn to various projects simply to fulfil the given target.

Besides, how is the government supposed to determine the threshold of credit big enough to start up the recovery? Even if such a threshold existed, a target to reach it means the government can only influence the supply of credit, not its demand, which is what the results have showed. In addition, having credit targets, whether achieved through bank lending or by the Treasury itself (via credit easing) the ultimate effect will be dependency on government transfers and credit flowing only to politically selected companies, instead of those who could actually use the funds to create value.

Targeting a mandatory level of spending, savings or credit always reminds me of the misguided EU policy on mandatory expenditures on R&D in the IT industry to 3% of the GDP for every EU member (this was a goal of the 2000 Lisbon Treaty for 2010). Not surprisingly many of the countries fell short of the 3% target, and have tried to artificially move closer to it, by dumping huge amounts of money into R&D only to satisfy the target. Needless to say this yielded poor results and almost no substantial technological innovation or progress (these results were evident before the crisis even started). R&D is proven to have positive effects on technological advancement and economic growth, but when it’s promoted by subsidies and investment interventions, the market gets distorted by receiving wrong signals of what is a good investment and what innovation is most likely to deliver growth.

One can go a step further and compare this sort of reasoning to the Soviet Union planned targets for its heavy industry. Both are based on the same principal; that politicians and bureaucrats believe they are better qualified than individual businesses to make decisions on how much money should be invested in a particular industry. Just as the Soviet Union and the EU planning failed to create a competitive and a dynamic economy, so has the Merlin Project in the UK. And this wasn’t a policy enforced by the EU – it was a product of domestic thinking. 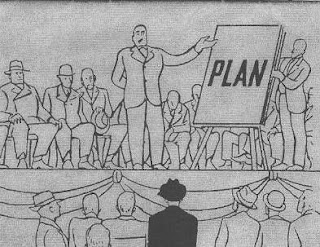 You don’t solve a problem in the economy by pumping taxpayers’ money into banks, technology or manufacturing, you do it by enabling a fair and competitive environment where successful firms triumph, while unsuccessful and those unable to adapt are forced to closed down. There is nothing more fair than the system of meritocracy. In a market economy it is a travesty to have private sector decisions and strategies be guided by politics.

Thankfully, Merlin won’t be repeated this year, but Mr Osborne is instead negotiating a new £20bn loan guarantee scheme with the banks in order to support his credit easing policy. What he doesn’t realize is that although this may provide a temporary short-term relief, it will have deeper consequences by creating dependency of the businesses on government transfers. In addition, it is very difficult to make a temporary policy work effectively, particularly when future expectations may undermine its temporary desired effects. The problem is always what happens when the government ceases its lending scheme.

A decrease of regulatory constraints and taxes will level the playing field for all businesses, making sure that competition gives rise to successful and adaptable companies. A much better way than a stimulus in any form of ‘easing’, is to lower costs for the SMEs.

Finally, can someone tell me what type of economic policy requires huge spending and stimuli from the government to the real economy in times of crisis? Is it called austerity?
Banking Business Credit Easing Fiscal Stimulus Regulation UK