December 26, 2014
As 2014 is coming to an end, this is a good time to wrap up the year and look back at some of the events that passed us by, but most importantly it's a good time to present a quick overview of the predictions I've made in the beginning of the year and assess how good they were.

I actually had quite a lot of hits, and only a few misses this year. I won't be modest in saying that I'm getting pretty good at this. Perhaps reading Bueno De Mesquita's "The Predictioneer's Game", and Nate Silver's "The Signal and the Noise" rubbed off some of its magic on me?

1. "next year a stronger recovery should finally kick off in most of the Western world. Emerging markets will grow too, however less dynamically than before...In America the energy boom will reignite the recovery momentum...America's stronger growth will rub off on Europe as well, so we can finally expect to see the Eurozone with positive growth rates next year (around 1%)...." 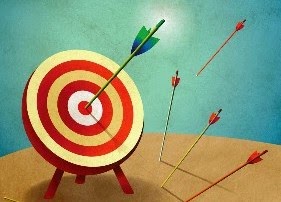 This was spot on. The Eurozone grew at 0.8% (the EU at 1.3%), the US reignited their momentum, while the emerging markets slowed down (their growth dropped from an average 7% to 4.4%, amid rising bond yields).

This was kinda obvious.

3. "I often make predictions of the World and Euro Cup winners just before the tournament, and I often come close. This time my call is Germany...
...In the other half-final, I see Germany and Brazil, where Brazil will crumble under pressure and lose..."

4. "In Europe, the EU parliamentary elections in May will give rise to anti-EU parties (both far-left and far-right), mostly thanks to low turnout and discontent with economic recovery from the majority of the population."

Yet another painfully accurate prediction.

5. "In the UK, growth will be better than last year, probably somewhere around 2%. It will mostly rest upon the housing recovery and an improving global environment."

Not too far off, growth will probably be around 2.6% for this year.

6. "The Scots will vote no. The majority of the population is Scotland doesn't want independence, but rather more power for their country within the Union... They will get this, but not next year."

Got that one right too, even on the long term issue of constitutional reform in Britain.

"An immigration reform is expected sometime next year...
...Obamacare, the hot issue in America, will not be repealed. The individual mandate will be triggered in 2014, but despite this many will still stay uninsured...
...The health spending budget will rise even higher, currently around 18% of GDP. This will most likely hurt the Democrats in the November midterm Congressional elections, ... but the power struggle in Washington will remain as it is...
...The recovery will continue steadily with the country growing at around 3%, led by a housing recovery and an energy boom."

Only one miss here: "the power struggle in Washington will remain as it is".

Republicans got hold over the Senate. However one can say that the power struggle on the line President vs Congress did actually remain as it is.

13. "India expects general elections in 2014, where Narendra Modi is expected to become the next PM. The economy will remain to be weak, suffering from high inflation, a large budget deficit, weak currency, rising debt and loss of international confidence."

Modi did become the PM (and it was a landslide victory), while India's economy remained structurally weak. It does however have reasons for optimism in 2015 (in part due to declining oil prices), but that will be covered in next week's post, in the predictions for 2015.

14. "In Brazil ... I don't expect the mass protests that have happened last summer during the Confederations Cup to be repeated this summer."

15. "The recovery is not happening because of the policies enacted by the politicians, it is happening despite them (like the housing and energy booms or the reemergence of international trade). It will be bad if the politicians take this good news lightly and halt the necessary reforms. Unfortunately, it seems that this is exactly what will happen."

A warning sign that went unnoticed. Particularly in France and Italy, so it seems.

1. "Japan too will continue with positive results, riding on Abenomics, although it will most likely fail to lift inflation to the targeted 2% next year."

I predicted correctly that inflation will stay low, but I was way too optimistic on Abenomics. I blame it on the bias of the Economist. I got carried away after reading their optimistic reports on Abe as the Japanese Superman (I'm not kidding, this was even a cover of an issue in 2013).

2. "Latvia will once again be the fastest growing member at around 4% growth...
...the largest negative growth will face Greece or Slovenia (around -1%)..."

Latvia grew (at 2.6%), but it wasn't the fastest growing member. This esteemed title went to Ireland (4.6%). Greece was a miss (kudos to Greece for finally reaching positive growth figures, even if marginal) as was Slovenia. The worst was - Cyprus (-2.8%, according to the EC). Note: these estimates don't take into consideration the final quarter of 2014, but already we can notice the trends and declare "victors".

3. "Chinese growth will drop down below 7%. Will next year be the year of the bubble burst in China? Possibly."

4. Brazil: "I'm not sure Rousseff will hold onto power."

5. "World Cup: The wild horse will be Belgium, which could reach the half-finals, where it will probably face Spain or Uruguay. In the other half-final, I see Germany and Brazil, where Brazil will crumble under pressure and lose, but will go on and win the third place playoff."

Ok, so Spain and Uruguay were misses, as was the Brazilian third place, but Belgium did ok, didn't it?

I didn't include anything on the Ukrainian situation, as by the end of last year it merely started unfolding. This set the stage for a whole new, cold-war-reminiscent, foreign policy battle that hardly anyone could have anticipated. For Putin I stated that the Sochi Winter Olympics are "expected to be a combination of extravagance, glamour, waste and corruption. But also it will be a new showcase of Putin's power to the rest of the world."

Well, Putin used something else to showcase his power. Something much more convincing - the Russian army.

And with this image I wish all my readers a Merry Christmas and a Happy New 2015!
Football Forecasting Recovery