Showing posts from June, 2015
Show All

A hard time for Keynesians? 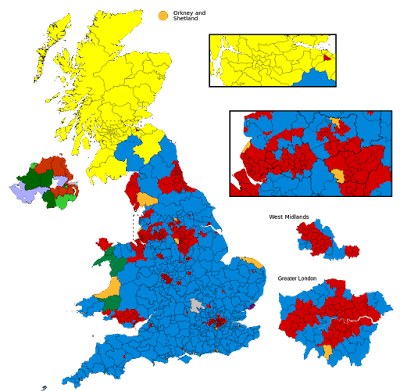 I haven't made any comments on the results of the 2015 UK elections  (and by now it's a bit late), even though I'm pleased to say I was correct in predicting its final outcome back in January . I say this with particular pride since none of pollsters got it right . Some 'pundits' even said there was going to be a grand coalition between Conservatives and Labour (see their texts published in the Guardian , Sky , BBC , HuffPost ). What a bunch of baloney.  Anyway, what caught my attention in the economic debates regarding the electoral results was this FT column by economic historian and Harvard professor Niall Ferguson. He makes a compelling case that the main reason why the Conservatives won a landslide election, amid the polls saying it was going to be the closest election in decades, was the economy. Economic voting From an economic voting perspective it makes sense. There's a huge literature out there linking electoral results to economic per
3 comments
Read more
More posts