Showing posts from January, 2016
Show All

I decided to have this type of a regular book review column on the blog where I intend to present brief reviews of some of the (nonfiction) books I will be reading throughout the year. One of my new year resolutions was to read more books. So far I was 'entrapped' by reading mostly academic papers (for my work) and newspaper articles (for my amusement). I feel I have neglected the wonders of comfortable couching with a book in my hands and a pen and paper besides me to write down moments of instant inspiration from the reading process. So I have decided to read at least two (nonfiction) books per week. This however doesn't imply I've set out to read 100 books throughout the year (as I expect some other engagements during the summer and by the end of the year). The two books per week is a starting goal for the first few months, where I've set a total of 20 to 25 books to read, all of which I will present in my blog reviews. So far I came down to three books in t
1 comment
Read more

The Swiss are encouraged to DELAY paying their taxes!? 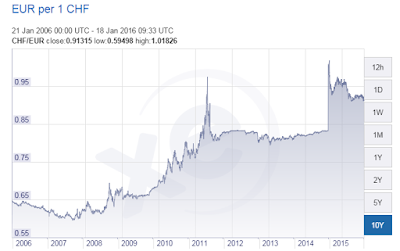 Last week the FT brought the story that a certain Swiss canton, Zug , is asking its taxpayers to delay paying their taxes and their bills. Surely to anyone this piece of news sounds astonishing. The authorities are asking their taxpayers not to pay their taxes on time? What an atrocity! What is to make of this?  First a few words on the specifics of the Swiss tax system. The authorities of the canton are simply asking their taxpayers not to pay their taxes early . A policy of the Zug canton has been to reward early payments of tax bills by giving discounts to those who do. This means that a taxpayer can lower its tax bill by paying early. It is a great encouragement for both the authorities to maximize their fiscal capacity and tax collection, and for the taxpayers to pay their taxes (the alternative of not paying - tax evasion - carries a greater opportunity cost once you are given an incentive to lower your tax bill. The policies of tax amnesty are similar in its incentives a
2 comments
Read more

How to forecast elections? (and be good at it too) 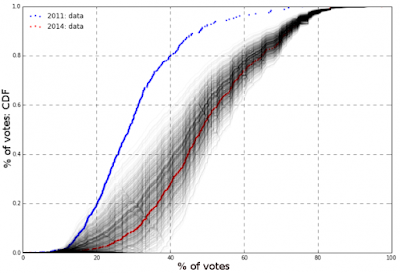 Back in October and November I was a part of a three man academic team with a job to do some forecasting for the general election in Croatia that was held in November 2015. We were hired by the largest domestic daily newspaper, Jutarnji list , and were given an opportunity  to introduce, for the first time in this part of Europe, a prediction model of general elections which simultaneously uses election polls, previous election results, and a range of socio-economic data for a given electoral district. So something similar to what  Nate Silver  does.  All three of us are academics, but in different fields. Prof Dejan Vinkovic , PhD is a physicist with a postdoc from the IAS in Princeton, Prof Mile Sikic , PhD is a computer scientist and bioinformatician from FER in Zagreb and A*STAR in Singapore, and finally, myself , a political economist.  See some of our findings in greater detail on our new webpage: Oraclum .  The forecasting model  Before we begin, a quick note : Cr
Post a Comment
Read more

2016 predictions: Women in charge, reversal of fortunes, and Brexit?

After summing up the successes and failures of my last years' predictions in the previous post, it's time to make new ones. Each year the same; I look ahead and try to anticipate the most important economic and political outcomes on a national, regional, and global scale. I tend to be quite precise ( see my track record ), but I always manage to overlook the importance of some events (like the Ukrainian crisis in my predictions for 2014 , or the refugee crisis for 2015). For the upcoming year one of the arcs will be 'Women in charge' . Why such a title? Well, primarily because by the end of next year we could have 5 out 10 most powerful political positions in the world held by women.  Angela Merkel, the EU (German) Chancellor, Christine Lagarde, Director of the IMF, and Janet Yellen, the Chairman of the Fed, could be joined by Hilary Clinton as the next President of the United States, and quite possibly Irina Bokova as the Secretary General of the United Nation
2 comments
Read more
More posts