Showing posts from June, 2016
Show All

BREXIT, THE REACTION: democratic deficit, the falling elites, and the future of the EU 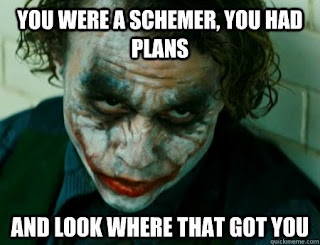 After hearing the results of the Brexit referendum on early Friday morning, my initial reaction was this comment on Facebook: After cooling down over the next few days and reading about Brexit from a number of perspectives, I have to say that everything I said initially - still holds. I will carefully explain each point. First, the democratic deficit problem . This is, sort of, my PhD topic, meaning that I'll be writing quite a lot about it over the next few years. Before explaining why this outcome is a deficit of democracy we must first define the concept of democratic deficit (or perhaps even - democracy failure ). Basically, the democratic deficit concept concerns the interaction between politicians and partial interest groups, a legitimate consequence of electoral competition and political freedom to express and fight for one’s interests, and whether or not this interaction results in adverse economic outcomes (in my PhD I will be focusing on linking the failures of
Post a Comment
Read more

Brexit: The analysis of results and predictions

On yesterday’s historic referendum , Britain has voted Leave. It was decided by a small margin, 51.9% to 48.1% in favour of Leave, with turnout at a high 72.2% ( highest since the 1990s ). The outcome dealt a decisive blow against PM David Cameron who announced his resignation in the morning. The markets have had a strong negative reaction, with the markets plummeting , and the pound sharply declining to its 30-year low against the dollar. It was an outcome the markets failed to anticipate (or were hoping to avoid), which explains the investors’ abrupt reaction s. Read the initial reactions:  The Economist is in state of disbelief, trying to find a solution, and describing what happens next (invoking Article 50 of the Lisbon Treaty). They also have this interesting piece on the fallen legacy of David Cameron . The FT dreads about "Britain's leap into the dark" , and keeps warning on the negative economic consequences . Martin Wolf also had a good comment. The BBC
Post a Comment
Read more

Our final prediction is a close victory for Remain . According to our BAFS method Remain is expected to receive a vote share of   50.5% , giving it a 52.3% chance of winning. Click to enlarge. Source:  Oraclum Intelligence Systems Ltd.  Our prediction produces a probability distribution shown on the graph above (see explanation to the right), presenting a range of likely scenarios for the given vote shares. Over the past week we have consistently been providing estimates of the final vote share and the likelihood of each outcome. Daily changes and close results simply reflect the high levels of uncertainty and ambiguity following the EU referendum. However our prediction survey (the BAFS) has noticed a slight change of trend in favour of Remain in the past two days. This is why our final prediction gives a slight edge towards Remain, and predicts a vote share of 50.5% for Remain, and 49.5% for Leave (the graph below represents the vote share of Leave, denoted as ‘
Post a Comment
Read more

Today we have started with our Brexit survey . I invite all of my UK readers to give it a go. You will be helping us test our new BAFS prediction method . In other words you will be helping us make a better prediction for the upcoming UK EU referendum . As you may or may not know, the polls are showing the country is split. At this point, a week before the referendum the uncertainty regarding the potential outcome is sky-high. With our survey, which will be running until the final day before the referendum, we hope to reduce some of this uncertainty by utilizing our unique BAFS prediction method and forecasting the exact percentage each of the two options will get.  The trick with our survey, as opposed to all others, is that we make our prediction by asking the people not only who they will vote for, but who they think will win, and how they think others will estimate who will win. For further clarification, read more here . This basically means that we are not worried abo
Post a Comment
Read more

June 13, 2016
Opinion pollsters in the UK came under a fierce line of attack from the public and the media following their joint failure to accurately predict the results of the 2015 UK general election . Months and weeks before the May election the polls were predicting a hung parliament and a virtual tie between Conservatives and Labour, where the outcome would have been another coalition government (a number of combinations were discussed, even the grand coalition between Labour and Conservatives), or even a minority government. The results show that the pollsters, on average, missed the difference between the two parties by 6.8%, which translated into about 100 seats. What was supposed to be one of the closest elections in British history turned out to be a landslide victory for the Conservatives. Naturally, inquiries were made, accusing pollsters of complacency , herding , and deliberate manipulation of their samples . And while there was certainly something that went wrong in the sampling
Post a Comment
Read more
More posts