Showing posts from May, 2016
Show All

May 30, 2016
Our prediction method (announced in the previous text ) rests primarily upon our Facebook survey, where we use a variety of Bayesian updating methodologies to filter out internal biases in order to offer the most precise prediction. In essence we ask our participants to express their preference of who they will vote for (e.g. Leave or Remain for the Brexit referendum), how much do they think their preferred choice will get (in percentages), and how much do they think other people will estimate that Leave or Remain could get. Depending on how well they estimate the prediction possibilities of their preferred choices we will formulate their predictive power and give higher weight to the better predictors. We call this method the Bayesian Adjusted Facebook Survey (BAFS) . In our first election prediction attempt , where we predicted the results of the 2015 general elections in Croatia, we found that our adjusted Facebook poll (AFP) [1] beat all other methods (ours and of other pol
Post a Comment
Read more 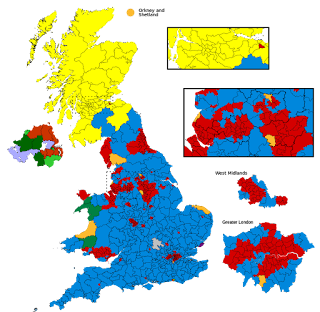 I'm proud to announce that last month I became an entrepreneur! Together with two of my friends and colleges, physicist Dejan Vinkovic and computer scientist Mile Sikic , we started a company called Oraclum Intelligence Systems Ltd. , based in Cambridge, UK. The name of the game? Electoral forecasting. But also data visualization, big data analysis, and market research. Essentially, we are a start-up in its R&D phase, and are at this point mostly concerned with experimental testing of our prediction models on real life data. And what better way to test a prediction method than elections!   I already wrote about our earlier efforts in predicting the Croatian 2015 general election , but now our focus is on the international stage where the first big election coming up is the UK EU membership referendum (the popular 'Brexit'). After that we will focus our efforts and attention on the US 2016 Presidential election (and what is most certainly going to be a duel betw
Post a Comment
Read more

Graph of the week: Race and money affect school performance 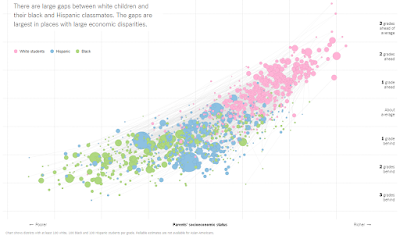 The New York Times brings the following interactive graphic (I encourage you to click on the link and try it out; you can track direct comparisons in performance by race and wealth - it's striking): Click to enlarge. Source:  NYT There appears to be a large positive correlation between race, money and school performance. Kids coming from rich, white districts significantly outperform kids coming from poorer and/or Hispanic and black neighborhoods. The graph maps every school district in the US and compares the school performance of six graders (in reading and math). Even this simple correlation is very unveiling. There are three clusters clearly separated by both wealth and race. White kids, coming from upper and upper middle class families tend to be the only group that outperforms the average in their school grades. In fact, the very top performers include no single black or Hispanic district. (Bear in mind that the comparison aren't people, but school districts - s
Post a Comment
Read more

Alvin Roth (2015) Who Gets What - and Why? The New Economics of Matchmaking and Market Design . Houghton Mifflin Harcourt  The Nobel Prize winner Alvin Roth summarizes what are basically his Nobel Prize winning findings in this fascinating book about how markets work and how diligent market design can make them work even better. In 2012 Alvin Roth co-won the Nobel Prize with Lloyd Shapley for their contributions in " the theory of stable allocations and the practice of market design ". In other words the theory and practice of solving the coordination problem in assigning kidneys to patients, students to schools, doctors to hospitals. Shapley was responsible for the theoretical contributions back in the 1960s, and Roth was the one behind the actual applications several decades later - designing markets to solve the informational asymmetry problem and the matching problem. (Note: this is the second Nobel prize set that was awarded for matching and search theory. The first
Post a Comment
Read more
More posts