August 20, 2013
Education is, like the whole economy in this digital age, undergoing a structural change. The newest special report from Scientific American, entitled "Learning in the Digital Age" finds that more and more universities and students are switching to online education, which offers the convenience of faster learning and is also considerably cheaper, particularly for those coming from developing countries. The quality of knowledge the online course-takers will receive is yet to be seen. This of course depends on the skills they wish to acquire and the career they wish to pursue. However, for some it presents a remarkable opportunity they would have never had the chance to obtain in their regular environment. And while many experts suggest that online education and new technologies will be welfare enhancing, particularly for the residents of developing economies, it is the change in the skill sets offered in online courses (in regular classes as well) that suggests the magnitude of change.

People are enrolling in majors which are most relevant to the real life around them, hoping to pursue careers in finance, business, law, IT, medicine or science. Or economics. Anything that can give them a good return on their investment. After all, going through college isn't cheep - the bubble in student loans proves it. Online education is actually a perfect market response to high tuition fees on one hand and a growing thrust for knowledge the population wants satisfied with the massive technological inclusiveness on the other. The career choices are simply the indicator of what's hot and what's not.

This reminded me of a text from the WSJ that focused on the fate of humanities. The report from the American Academy of Arts and Sciences has concluded that fewer students these days are enrolling in humanities (philosophy, religion, art and particularly literature, etc.). Does this suggest a civilizational decline? Not at all according to Lee Siegel:

"When people wax plaintive about the fate of the humanities, they talk, in particular, about the slow extinction of English majors. Never mind that the preponderance of English majors go into other fields, such as law or advertising, and that students who don't major in English can still take literature courses. In the current alarming view, large numbers of people devoting four years mostly to studying novels, poems and plays are all that stand between us and sociocultural nightfall.
... 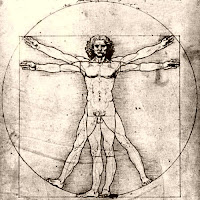 At the present moment, we are experiencing the rise of new digital pleasures and distractions, the expansion of a mostly visual culture that races far ahead of the imagination, the ubiquity of social networks that redefine the pure solitude once required for reading a demanding book. And in this time of rapid changes in the workplace, life's great mysteries seem more economic than existential. A digital environment also stresses quantitative thinking, and perhaps that helps explain why the most exciting cultural advances are now in science and medicine.

It is hardly a surprise that in this atmosphere, college students choose to major in fields that are most relevant to the life around them. What a blessing that is on literature. Slipping out from behind ivied prison doors, where they have been forced to labor as evaluative "texts," the great thoughts and feelings made permanent by art can resume their rightful place as a unique phase of ordinary experience."

Even though Siegel describes himself as someone who truly appreciates literature, he claims that it needs only to be read, not taught. Just as we don't need to know about biology or psychology in order to love. Read the text, it's very interesting.


The whole story merges well with my observations on technological and educational change and how the demand for certain careers seems to be declining, and will continue to decline until only a few % of the people are left in the occupation, which will apparently be more than enough to cope with the needs of the profession. Just like it happened with agriculture in the 19th century, and as it will happen to manufacturing today, or the jobs requiring humanities majors - the demand for these types of occupations has declined (or  is currently in a state of decline), and the sooner the society adapts to this change, the better. However this is hard for most people to perceive, as the benefits are nor visible nor substantial in one's lifetime. Which is why the struggle against structural changes will always come as a necessary consequence of technological progress.

As Don Boudreaux sarcastically remarks, "if only most Americans still had all those great agricultural jobs of the past..."
Education Labour market Technology USA