March 19, 2012
This week is Budget Week in the UK, so I'll focus the writings mostly around that. It's scheduled to be announced on Wednesday, but since many of the policies are already anticipated well in advance, I'll give out my own view on some of them. Many claim that this is the Chancellor's last chance to boost growth before the next election. And yet, everything seems to already be known. So let's examine this apparently crucial budget and see whether the UK will continue its Keynesian path, or will it turn to a supply-side pro-growth reform?

First off is the anticipated abolishment of the 50p tax rate. The prediction is it will go down to 45p (cautious) or even 40p (optimistic). This is long overdue. It fails to raise any significant revenue for the Treasury, it discourages high achievers, fails to attract and keep talent, discourages investors, and constrains jobs and growth. It was designed as a simple way to show that the government is determined to fight inequality, but has provided no benefit whatsoever, direct or indirect. The 50p is a good historical proof that policies driven by political motives shouldn't be used when trying to start-up a recovery.
Prediction: It will be announced, however, only to a 45p rate. It should however go down even further to show a clear signal that Britain supports business, hard work and wealth creation. 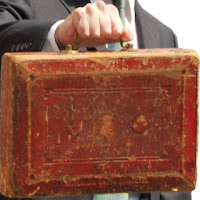 Personal allowance is anticipated to be increased, some say to around £10,000 in the next few years. This is a good sign and a proper policy to fight inequality and provide relief to the lower income groups. Political experts claim that this policy is Osborne's concession to the LibDems, making them more likely to accept the 50p rate decrease. Whatever the reason is, the idea is good, it should be implemented with immediate effect with a pledge to raise it further to £12,000, as proposed by Madsen Pirie, so that all those "at or below the minimum wage be taken out of paying income tax". This is a good way to increase the incentives to work, and remove the dependency mentality.

The PM David Cameron today announced an interesting idea - he called for road privatization. This is a much more welcomed infrastructure policy than what we've seen in the Autumn statement. This doesn't mean there will be tolls on existing roads, but rather a call to find private solutions to build new roads and charge for the traffic being made through them. This is a typical free market idea and I'm frankly surprised the PM announced it. He proposes for the government to encourage the pension funds (NAPF) to invest into a long term project that could bring them a steady stream of income in the future. A good idea I strongly support.

Pro-business policies
There's quite a few of these so I won't go into too much detail, but will just stress out which are essential to help businesses gain more confidence and start growth and hiring.

Unfair dismissal - the government's proposal to increase the qualifying period for unfair dismissal from one year to two years is most certainly welcomed to help business confidence. Businesses don't hire people to fire them. Maybe someone who never worked in the private sector thinks that it works this way, but it doesn't. Businesses hire to grow. At the very beginning of their development they struggle to find finance and qualified and skilled labour. So having a confidence to fire a worker doesn't mean they will go on and do it all the time - it is a classical principal-agent problem that can only be solved if both the principal and the agent operate with the same bargaining power.
Reducing the corporation tax down to 20% gradually (25 to 23 to 20 in the next three years). This will create a strong signal to businesses to anticipate a lower tax burden and is the best way to increase business confidence. The pledge however must be seen credible.
Temporary suspension of Sunday trading rules (during the Olympics) - remove the 'temporary' and the policy is a success. It will yield a small effect but it is a good sign that the government is serious in reducing the red tape.
Another cost-less policy to help businesses would be relaxing the planning rules (basically sticking to the announced National Planning Policy Framework). It will reduce complexity, bring in consistency and reduce costs to businesses in obtaining permits and going through paperwork. It won't cover the country in concrete, it will simply help businesses anticipate costs better and encourage them to expand.
The upcoming 5.6% rise in Business Rates (due in April) has to be stopped. If you want businesses to grow, don't levy unnecessary costs on them. Besides what's the point in taking money from them only to return it via some type of credit easing? It creates confusion and is too costly.

On the youth contract and credit easing I have written before and I still stand against them, feeling that they won't do any good and will distort the possible positive signals sent to the economy. Instead of credit easing just continue with reducing the red tape and disable any direct cost increase for businesses. This is much more likely to see them grow than creating a subsidy that will only increase dependency.

With all this I would support the reform to end the national pay bargaining for the public sector.  If anything this is distorting the specialization signals in less developed parts of the country, where young people are driven into the public service as the pay is centrally set nationwide on a suitable average level. This is even more increasing the North-South divide. Decentralize this collective bargaining.

As for the anticipated reforms I would do without, the mansion tax and the tycoon tax are certainly among these. I realize that a politically delicate question of inequality is easiest solved by bashing the rich. It may sound like a phrase, but I would rather have economic growth to pull people out of poverty than having the government punish the rich. Besides, will the poor really be better off seeing the rich pay higher taxes on their houses?
Increasing the VAT is counterproductive to any increase of the personal allowance and is one of the most unpopular measures so there is little chance this will be done. The same goes for the European FTT.
Finally, taxing online gambling and alcohol and cigarettes will hurt the lower income classes more than the higher income ones. The same goes for the air passenger duty (APD) - they tend to be too regressive and hit the middle and the poor disproportionally more.

If it ends up looking somehting like this, then this just might be the pro-growth budget Britain is hoping for. Let's wait and see what Wednesday will bring us.
Austerity Budget Business Confidence Credit Easing Fiscal Stimulus Regulation UK