The pain in Spain

August 12, 2013
In June last year Spain received a €100bn bank bailout from the ESM, in an attempt to prevent a supposedly inevitable bankruptcy of its banking system, and consequently a default of its government. Recall the paradox of the situation I wrote about back then:

"...who would buy the Spanish debt? Only the Spanish banks, as investors are fleeing from Spanish bonds. The big banks are also staying away from government bonds, afraid of being pulled in the turmoil. So the only banks buying government debt are the same ones that are being bailed out (!). That makes the current bank bailout in fact a government bailout – or a “credit line” to the government, to be more precise. (Technically the story is more complicated than that - even more so as the government will have to repay the European loans made to the banks, but the idea is essentially the same)."

Up around the same time, Cesar Molinas, a Spanish economist with experience in consulting, investment banking, and public administration, was writing his book on the Spanish political class that brought about the instability and degeneration in Spain. Acemoglu and Robinson, on their Why Nations Fail blog, pointed out to the work of Molinas who in an article for El Pais explained the central argument of his new book (already published, however in Spanish), on the institutional failure of the Spanish political class:

"Molinas used the framework of Why Nations Fail to provide a penetrating analysis of Spain’s economic problems and how they have resulted from the political dynamics set in motion by the democratization in the 1970s."

As A&R point out, the problem of the Eurozone South (periphery) isn't culture, climate or religion, it's the extractivness of its political systems which have thrown their economies into the abyss - just recall the obvious and endemic corruption and negligence of domestic politicians in Italy or Greece before the crisis. Spain, according to Molinas, is no different. In fact in some aspects it might be even worse:

"...over the last few decades, Spain's political class has developed its own particular interest above the general interest of the nation, which it sustains through a system of rent-seeking. In this sense it is an extractive elite, to use the term popularized by Acemoglu and Robinson. Spanish politicians are the main culprits of the real estate bubble, of the savings banks collapse, of the renewable energy bubble and of the unnecessary infrastructure bubble. These processes have put Spain in the position of requiring European bailouts, a move which our political class has resisted to the bitter end because it forces them to implement reforms that erode their own particular sphere of interest. A legal reform that enforced a majority voting system would make elected officials accountable to their voters instead of to their party leaders; it would mark a very positive turn for Spanish democracy and it would make the structural reforms easier."

I can't shake off the feeling that this scenario as well as the potential solutions are applicable to a whole range of countries, not only of the peripheral Eurozone, but Eastern Europe as well. Read the whole article, it's very intuitive. Here are some mind-blowing excerpts from the text that to me seem all too familiar.

First of he points to the problem of a dysfunctional electoral system:


"For a long time now, members of party youth groups get themselves on the voting lists on the sole merit of loyalty to their leaders. This system has turned parties into closed rooms full of people where ... the air does not flow, ideas do not flow, and almost nobody in the room has personal direct knowledge of civil society or the real economy. Politics has become a way of life that alternates official positions with arbitrarily awarded jobs at corporations, foundations and public agencies, as well as sinecures at private regulated companies that depend on the government to prosper."

The decentralization has also backfired, resulting in a rise of regional barons with substantial power, and the creation of regional savings banks which had a crucial role in the bubble preceding the crisis, all resulting in an endemic system of rent-seeking: 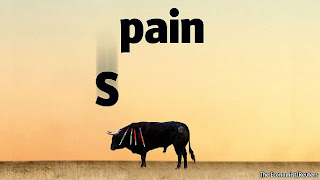 "...the controlled top-down decentralization was quickly overtaken by a bottom-up movement led by local elites... As a result, there emerged 17 regional governments, 17 regional parliaments and literally thousands of new regional companies and agencies whose ultimate goal in many cases was simply to extend paychecks and bonuses. In the absence of established procedures for selecting staff, politicians simply appointed friends and relatives, which led to a politicized patronage system. The new political class had created a rent-seeking system - that is to say, a system that does not create new wealth but appropriates existing wealth...

...the regional "barons" accumulated power and ... became kingmakers within their own parties. This accelerated the decentralization and loss of control over the regional savings banks. Regional governments ... filled the boards with politicians, unionists, friends and cronies. Under their leadership, the savings banks financed or created yet more businesses, agencies and affiliated foundations with no clear goal other than to provide yet more jobs for people with the right connections.

Additionally, Spain's political class has colonized areas ... such as the Constitutional Court, the General Council of the Judiciary (the legal watchdog), the Bank of Spain and the CNMV (the market watchdog). Their politicized nature has strangled their independence and deeply delegitimized them, severely deteriorating our political system ... a political system in which institutions are excessively politicized and where nobody feels responsible for their actions because nobody is held accountable. Nobody within the system questions the rent-seeking that conforms the particular interest of Spain's political class. This is the background for the real estate bubble and the failure of most savings banks, as well as other "natural disasters" and "acts of God" that our politicians are so good at creating. And they do so not so much out of ignorance or incompetence but because all these acts generate rent."

The bubble was just a disaster waiting to happen:

...City planning is born out of complex, opaque negotiations which, besides creating new buildings, also give rise to party financing and many personal fortunes... As if this power were not enough, by transferring control of the savings banks to regional governments the politicians also had power of decision over who received money to build. This represented a quantum leap in the Spanish political class' capacity for rent-seeking..."

There are many more examples he points out to, including the renewable energy paradox and the traffic infrastructure projects, all financed by the savings banks that are now bankrupt, meaning that no one but the taxpayers can take on the burden of the debt they left behind. Finally, some discouraging words on the Spanish extractive political system:

"Spain's political class, as an extractive elite, cannot effect a reasonable diagnosis of the crisis. It was their rent-seeking mechanisms that provoked it...

Spain's political class, as an extractive elite, cannot have any exit strategy other than waiting for the storm to pass. Any credible long-term plan must include the dismantling of the rent-seeking mechanisms that the political class benefits from. And this is not an option.

Spanish political parties share a great contempt for education, innovation and entrepreneurship, and a deep-seated hostility towards science and research..."

I think the author has perfectly portrayed the culprit behind not only Spain's distress, but Europe's in general: politics! Or more precisely, an extractive political system that cares only on satisfying their own cronies and interest groups that keep them in power. Perhaps the crucial reform Europe needs is a political one, focused on dissolving the chain between political and corporate elites, and various parasitic interest groups living off political favors. Then it will be much easier to improve competitiveness and productivity, and restore growth. I hope the book gets translated into English soon. From the looks of it, it could be a very interesting read.
Institutions Political economy Spain