October 05, 2014
International trade seems to be one of the most misunderstood areas of economics for the average layman (the leading position of the most misunderstood area of economics is still being held by monetary policy, and the international monetary system in general. Why, I'll never know). People like to simplify things in order to understand them, and by doing so they often look at things from a one-dimensional lens, very often succumbing to Hazlitt's economic fallacies of focusing policy solutions on one area alone without taking into consideration the widespread effect on all groups nor the long-term impact.


I've written on international trade many times before, emphasizing its importance in wealth creation, and I've also written on the persistent mercantilist fallacy, where people can't seem to shake off the notion that exports are 'good' while imports are 'bad'. How ridiculous! Almost as ridiculous as claiming that selling is good while buying is bad, or in other words that only those who sell stuff will profit, while those who buy stuff are losing out. Nonsense.


Imports and exports are nothing more and nothing less than transactions of sales and purchase, except that the buyers and sellers are from two different countries. People buy products to satisfy their preferences, while sellers of goods aim to satisfy these preferences by supplying the goods the people want to buy. Both buyer AND seller will always profit from such a transaction. A matter of buying and selling is a matter of free will. A consumer will only buy a product if the value of that good is equal or greater than its price. If the good carries a price higher than how much you value a certain good you won't buy it. Voluntary transaction and individual expression of value is at the heart of every transaction, which implies that both the buyer and the seller must always be satisfied after a trade. Whether this implies buying food at the local supermarket, buying a pair of pants at a department store, or ordering stuff online, regardless of which countries the buyers and sellers reside in. 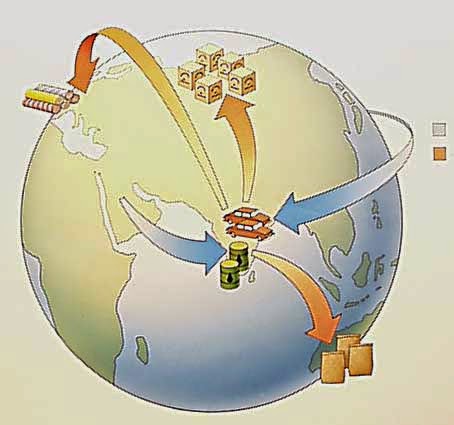 After all, governments (countries) don't import nor export. Companies do. They sell (export) and buy (import) on the international market. To be more precise the indirect determinant of the demand for imports comes directly from the consumers themselves. Or companies buying intermediary products that are cheaper abroad. If we as customers have a greater benefit from consuming foreign rather than domestic goods, then there will be a company that will offer them to us. It will import them from abroad since they know someone will buy them. Therefore, we as consumers determine the demand for imported, foreign goods. Whether it's clothes or food, that almost any country can produce on its own, or cars and IT goods that most countries can't.

Should we forbid citizens from buying certain brands of clothing when we can produce perfectly fine shirts and pants domestically? Of course not. One cannot put limits on other peoples' preferences. Consumers will buy the goods they prefer. If someone has a particular taste for foreign expensive brand clothes, he or she will buy them. If a person finds that foreign meat, beer, chips, candy or apple juice taste better than their domestic counterparts they will buy them. And hence encourage imports. If a company can cut costs by buying an intermediary good from abroad rather than on the domestic market, it will do so. And also encourage imports. In today's globalized world, aggregate categories of imports and exports are becoming more and more obsolete.
Economic theory Trade