March 14, 2013
After the final day of the conference which was on Sunday and after spending a few days travelling back home (!) my final impressions of the conference are overwhelming. I was very pleased to have had the opportunity to meet with some of the best and brightest minds in the field of public choice theory. From Nobel Prize winner Vernon Smith, Geoffrey Brennan, Iain McLean, Charles Plott, Norman Schofield, Richard Wagner, Ed Lopez, Peter Boettke, Randall Holcombe, and many more, including young scholars who are yet to excel in the field. I was excited to witness the mixture of both senior, established scholars and professors, and the young PhD students and assistant professors, all joined together in celebrating the acomplishements of the field of public choice theory. 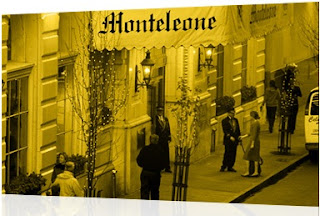 Having said enough already on the conference itself (see previous two posts), I promised I would finish the coverage with my impressions on some of the papers I've had a chance to listen to. I won't rank them, I'll just point out the most interesting ones (from the ones I saw, meaning that I will necessarily have to leave out some surely impressive papers).

I really enjoyed the papers on institutional economics and corruption, as these were the two subjects I am most involved in at the moment. From that area I particularly enjoyed the presentations from Randall Holcombe on "Institutional quality and the tenure of autocrats" (co-authored with Chris Boudreaux), and Karl Dunz on "Macro shocks, regulatory quality and costly political action" (co-authored with M. Dorsch and P. Maarek). They both had very similar conclusions which is why I draw them together. The first paper presented by Holcombe reached a conclusion on how autocrats are able to increase their tenure in power if they increase the quality of domestic economic institutions (a sort of a benevolent dictator hypothesis). The paper by Dorsch, Dunz, and Maarek draws similar findings where they test two theoretical hypotheses; the first saying that negative growth shocks are more likely to lead to a protest in autocracies (a finding well confirmed in the field by many papers so far), and the second new hypothesis claiming that there will be a smaller probability of protest in autocracies with better regulations (read institutions). Interesting as the findings may be, I was primarily concerned with the empirical approximations of institutional (or regulatory) quality, with the use of the Fraser Institute freedom index. I have no objection to the index itself but I do find possibilities for reversed causality as perhaps richer countries can afford better quality institutions. This was the reason why Acemoglu, Johnson and Robinson in their paper "Colonial Origins of Comparative Development" try to use a different approach in estimating institutional quality (they look at settler mortality, which is applicable in their case as they observe colonial development, but can hardly be applied in the modern autocracies - some other IV should be thought of instead). In the same session as prof. Holcombe was Andrew Young's paper on "Sovereign debt crises and institutional quality" (co-authored with J. Bologna), which aims to prove Robert Higgs's claim that crisis episodes tend to lead to an increasing size of government over the long run.

In a similar set of topics in day 2, I found interesting papers in the "Corruption, Freedom and Growth" session, by D. Spengler on "Endogenous detection of collaborative crime: the case of corruption" and by S. Jones on "Why security is but a symptom: understanding the persistence of state failure". I also enjoyed the sessions "Polycentric collectivity in public finance" and the papers from Da Empoli on the preference revelation for public goods, and Wagner on free riding. Their follow up discussion was particularly interesting. Another good one was the first one I went to on "Value and preferences of voters" where I liked Alan Hamlin's paper on "Conservative value" (co-authored with Geoff Brennan) and Alexander Funcke's "Making empathy obsolete: changing norms and enforcing conventions", which draws coherent findings on the possibility of change in society's informal institutions (from a very interesting viewpoint and a fun game theoretic analysis).

I went to every plenary session and every panel discussion where I had the chance to listen to and meet some of the greatest authorities in the field. This has unfortunately made me miss some other interesting paper presentations, but I feel no regret as all of the papers were available to me on the Conference webpage.

For example it was a shame to miss the session on "Empirical papers on institutional change" where I had my eye on "Democratic transitions and institutional change" by M. Rode (co-authored w/h C. Bjornskov) and "How do institutions change?" by G. Caballero. I was also unfortunate to miss out on the session "Corruption evidence" which was mostly preoccupied with alternatives to measuring corruption and concrete evidence on it. "Development and the size of government" was another good one, as well as "Political budget and business cycles" and "Regulation, market failure, and government finance" where I was particularly interested in the presentation of prof. Munger's paper "The anatomy of government failure".

But anyway, the plenaries and the panels were good enough of a substitute. The particularly good ones were the Special tribute to James Buchanan, and the other tribute to the Ostroms, the plenary on Experimental Economics (chaired by Vernon Smith) and the panels on Brennan and Lomasky's book "Democracy and Decision: The Pure Theory of Electoral Choice" and the panel comparing Lawrence White's "The Clash of Economic Ideas" and Leighton and Lopez's "Madmen, Intellectuals and Academic Scribblers". The very last session was also an interesting one on the Future of Social Choice, where I particularly enjoyed the speeches from Christian List and Iain McLean.

All together it was a truly memorable event and I hope to be going to more of these in the foreseeable future.

P.S. here is once again the paper I presented, with the abstract available below:

"The paper examines how is it possible for an incumbent political party to stay in power for long periods of time without having to trade-off rents for holding office. It presents a new way of explaining and measuring the real effects of rent-extraction on political re-election in local government. It models local government due to the different and exact way rent-extraction can be measured there; through pork-barrel spending on public goods upon which a political party is able to extract rents. By setting rents as an endogenous variable the paper alters certain typical assumptions of political agency models, which permits it to evaluate their effect on political re-election and preservation of power in a more realistic scenario of politics.

The incumbent’s decision on budget redistribution and rent-extraction directly affects the state of the economy upon which the voters decide whether to re-elect the incumbent or not. Incumbents make their decisions based on observing a stochastic growth shock which affects the next period budget redistribution. In a repeated game setting an incumbent chooses an optimal strategy with respect to the observed shock. This way, for high enough levels of economic growth an incumbent party may stay in office for an infinite amount of periods and keep maximizing rents with respect to the given constraints, without having to trade-off rents for holding office. The paper presents empirical evidence on United States gubernatorial and state legislature elections from 1992 to 2008 to evaluate the underlining theory."